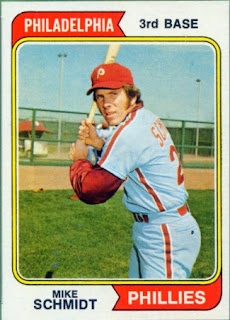 -  I've made some progress on my want list since the last time I posted it.  Willie McCovey as a Padre, Gaylord Perry as an Indian, a few 1982 Diamond Kings. 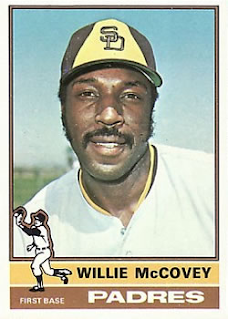 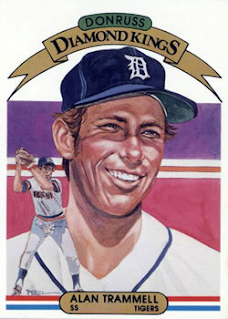 -  I'd be interested in making that a tab so I don't have to keep posting it and boring people to death.  But only if it's easy to do.

-  There's a new oldest card in my collection, courtesy of Jon Penny Sleeves (per Julie).  A 1954 Bowman of catcher Toby Atwell, who served three years in the Army Air Corps during World War II and was an All-Star in 1952. 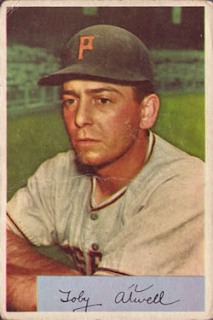 -  Got a binder page worth of old school Cubans.  Proof your work, kids. 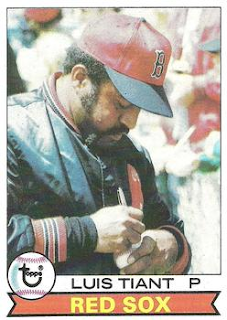 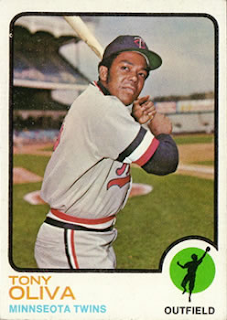 -  Made another Time Travel trade with Matt: 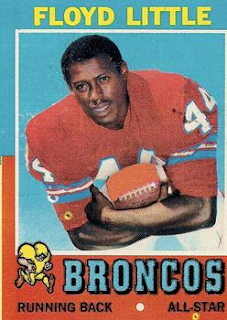 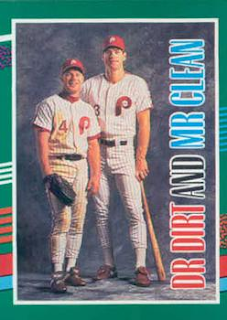 Hall of Fame RB Floyd Little with a better cut than this TCDB photo.  Mine has a bit of a border on the right side.

-  Sponsored an NFL draft contest.  The Lost Collector won with a correct prediction of Ja'Marr Chase to he Bengals.

-  Made some progress on Chris's music challenge.  Might have it done by the end of June.